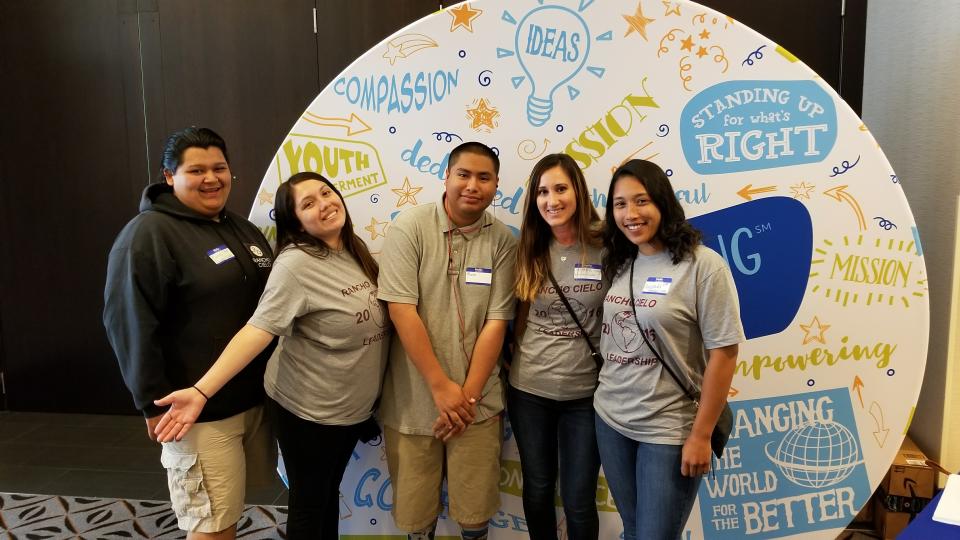 Rancho Cielo Leadership Council representatives returned home from Chicago on July 13 with a $2,000 grant to fund a project aimed at helping teens deal with bullying, gang violence, and depression.

Rancho Cielo Leadership was one of ten finalists chosen from a larger pool of 230 teams nationwide to attend the Allstate Foundation and Peace First's Good Starts Young Rally. They were chosen based on their community project, "For the Youth, From the Youth," which demonstrated the "3 C's" of peacemaking- compassion, courage, and collaboration. So far, they have reached 350 preteens in two schools by sharing their own personal stories

For the first two days of the rally, teams planned how they could move their project to the next level under the guidance and support of Peace First Fellows, Allstate experts, and other industry leaders. On the final day, each team presented a pitch to a panel of judges for a chance to receive a $10,000 grand prize.

Although Rancho Cielo Leadership did not win the grand prize, they did receive a $2,000 grant to help fund their local project. The CEO of Lady Gaga's Born This Way Foundation was one of the judges and even offered to sponsor their first community event.

Rancho Cielo Welcomes a New Member to its Leadership Team.

Looking for Ag Professionals to Speak to our Students!